A Lot Can Happen . . . Between Two Heartbeats 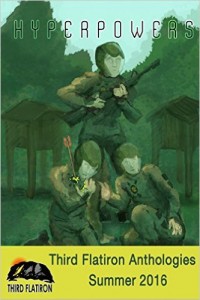 Hyperpowers from Third Flatiron Anthologies is out and receiving good reviews.  It’s a science fiction collection, specifically in the space opera subgenre that concentrates on the rise and fall of star empires with all the attendant ramifications.  My story in the anthology is “Between Two Heartbeats,” a tale about smugglers caught in the broad political currents of conspiracy and regime change.  Even though the characters are new, one piece of apparel — the powerful Greatcloak — has appeared in several other stories about this same star empire.  “Between Two Heartbeats” can be found here on Amazon.